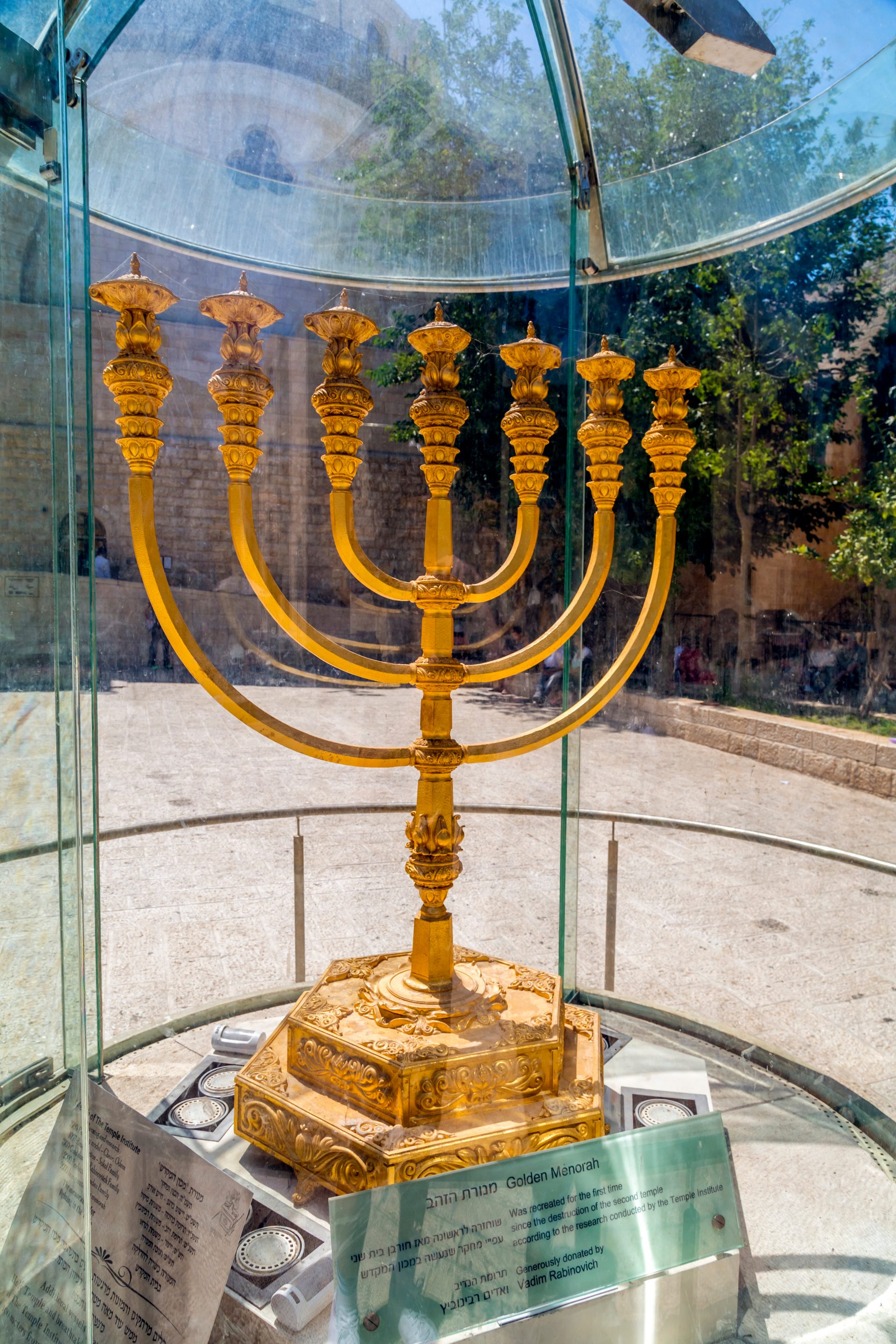 God commanded that a golden menorah be crafted, with 7 lamps,

You shall make a menorah of pure gold. The menorah shall be made of hammered work: its base, its stem, its cups, its calyxes, and its flowers shall be of one piece with it. And there shall be six branches going out of its sides, three branches of the menorah out of one side of it and three branches of the menorah out of the other side of it… You shall make seven lamps for it. And the lamps shall be set up so as to give light on the space in front of it.

Which was then to be placed inside the temple of God, to give it light, and just as all the appointed times of the Torah have a symbolic meaning that foreshadow a reality found in Yeshuah, who is the true Messiah,

These are a shadow of the things to come, but the substance belongs to the Messiah.

Then I turned to see the voice that was speaking to me, and on turning I saw seven golden lampstands

Which the book of Revelations revealed to symbolize 7 assemblies,

…and the seven lampstands are the seven assemblies.

Which are not just any assemblies, but 7 very specific and small assemblies on the earth that are the only assemblies that belong to God, from the first coming of the Messiah all the way to his second coming, which is why at the time the visions in the book of Revelation were given to John, the 7 assemblies that existed at that time were the ones in Ephesus, Smyrna, Pergamum, Thyatira, Sardis, Philadelphia, and Laodicea,

saying, “Write what you see in a book and send it to the seven assemblies, to Ephesus and to Smyrna and to Pergamum and to Thyatira and to Sardis and to Philadelphia and to Laodicea.”

And at that time, apart from these 7 assemblies, there existed no other assemblies that truly belonged to God, even though by that time various other assemblies of believers were emerging, such as an assembly in Rome that eventually became “the Roman Catholic Church”,

And throughout the time from the first coming of the Messiah to his second coming, as one assembly fades away, another one emerges somewhere on the earth, which is why the assembly that existed in Jerusalem,

When they came to Jerusalem, they were welcomed by the assembly and the apostles and elders, to whom they reported everything God had done through them.

Was not among the 7 assemblies in the book of Revelation, because by the time the visions of the book of Revelation were given to John, the assembly in Jerusalem had already faded away, and another one emerged in its place, and this is why in another vision seen by the prophet Zechariah, he sees a menorah with 7 lamps, with two olive trees beside it,

And he said to me, “What do you see?” I said, “I see, and behold, a menorah all of gold, with a bowl on the top, and seven lamps upon it, with seven pipes to the seven lamps, which are on top. And there are two olive trees by it, one on the right of the bowl and the other on its left.”

For if you were cut from what is by nature a wild olive tree, and grafted, contrary to nature, into a cultivated olive tree, how much more will these, the natural branches, be grafted back into their own olive tree. Lest you be wise in your own sight, I do not want you to be unaware of this mystery, brothers: a partial hardening has come upon Israel, until the fullness of the Gentiles has come in. And in this way all Israel will be saved, as it is written, “The Deliverer will come from Zion, he will banish ungodliness from Jacob”;

And through the two olive trees, which symbolize two different peoples that came to God under two different covenants, the light of the world comes through 7 assemblies scattered throughout the earth, to all people, by believers of Yeshuah who are Jews and Gentiles,

You are the light of the world. A city set on a hill cannot be hidden. Nor do people light a lamp and put it under a basket, but on a stand, and it gives light to all in the house. In the same way, let your light shine before others, so that they may see your good works and give glory to your Father who is in heaven.

remember that you were at that time separated from the Messiah, alienated from the commonwealth of Israel and strangers to the covenants of promise, having no hope and without God in the world.
But now in the Messiah Yeshuah you who once were far off have been brought near by the blood of the Messiah.

And this is how the few that are chosen among the many that are called are organized throughout the earth, as 7 assemblies, a very small remnant,

So too at the present time there is a remnant, chosen by favor.

For many are called, but few are chosen.

By Christian Gaviria Alvarez January 26, 2019
Ask a question
Wisdom of God Equipping the people of God with understanding