Some “words to the wise” before venturing into deep bible study

The purpose of this website is to impart wisdom and understanding of God to the set-apart people of God, based on the Torah of God, through belief in Yeshua HaMashiach.

There are no advertisements nor are any of my teachings sold in this website because the purpose of this website is not to make money by selling the word of God, but rather to share the truth for free to all humanity. I am a software developer by profession, and by having done work in my own profession and by the favor God I have been able to amply provide for my own needs and also have enough to give as well, so I ask nothing of you in the current time. If, however, you would like to donate to believers in need in Medellín, Colombia, you may do so by contacting me via the Donate page. We do not accept money, only the needs of the body, which would be food or clothing or housing. There is much need in Colombia, so this is a good opportunity for you as a believer to give and share as we are all required to do. The domain and hosting of this website has been paid for years in advance so that this website may remain active on the internet up until the time of the second coming of Yeshua, for the benefit of anyone seeking the truth on the internet until then. However, because of the difficult times that are soon coming to the world, this website may not remain on the Internet that long. So I highly recommend saving the teachings on this website onto your computer, and if possible, print them on paper.

This paragraph is generated by a script developed by me that automatically calculates the current Jewish date. The current date of February 1, 2023 AD according to the Gregorian Calendar on Wednesday at 11:51 PM in Jerusalem is Shevat 11, 5996 YB, based on the month and day of the Jewish Calendar, but not the year. "YB" means "Year from the Beginning", which represents the true year since the beginning of the creation. The official Anno Mundi year used by the Jewish Calendar is not the true year since creation, which incorrectly says we are curently in the year of 5783 AM. The AM year is behind 213 years from the true year from creation. There are less than 4 years until the second coming of the Mashiach in 6000 YB in 2026 AD around the autumn. The true new year of the Torah begins in Tishri 10, on the Day of Atonement, which is Yom Kippur, not on the appointed time of the trumpet blasts in Tishri 1, which is when new years happen incorrectly in the Jewish calendar. Which is incorrectly called "Rosh Hashanah", which means "head of the year", for the true head of the year is Yom Kippur in Tishri 10. And the new year of the Torah happens around the autumn of the Northern Hemisphere, around September or October in the Gregorian calendar. In the Gregorian year of 2023 AD around September 24 it will be the start of 5997 YB.

I have published the dates of the events related to the second coming of Yeshua. Click on the image below to be taken to the Bible study.

May God give you wisdom and open your understanding in the name of our blessed Master Yeshua HaMashiach,

Below are photos of my Torah, which is entirely handwritten. The Torah contains all the commands of God, according to what Moses heard told to him from the mouth of God on Mount Sinai. These commands remain binding under the new covenant of Yeshua and are for all humanity, not just the people of Israel.

Below are two videos of my two trips to Israel in 2018 AD and 2019 AD, using my drone and GoPro to record footage throughout the beautiful land of Israel and Jerusalem. Enjoy.

Click here to view photos and videos of Israel. 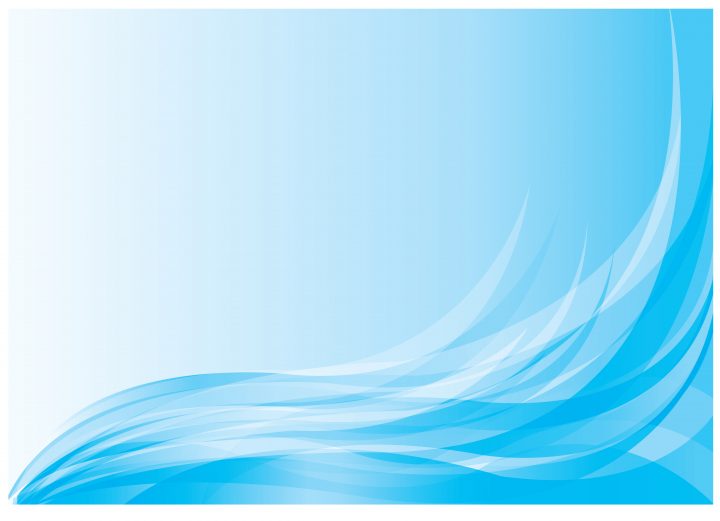 The English word “spirit” does not exist in the original Greek and Hebrew languages, which is why this following passage is mistranslated. For what God put inside man to give him life was not “spirit”, but it was “breath”, which is moving air. Then the LORD said, “My Spirit shall not abide in man forever, for he is flesh: his days shall be 120... 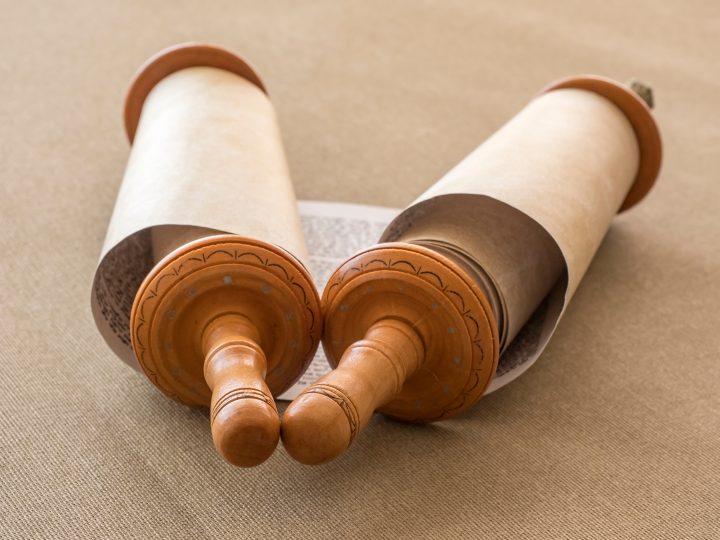 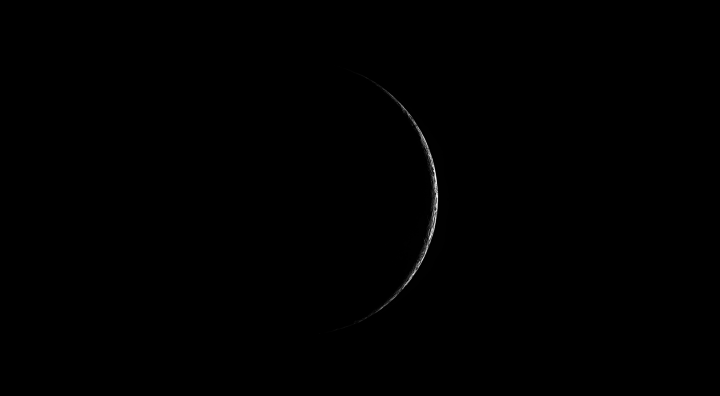 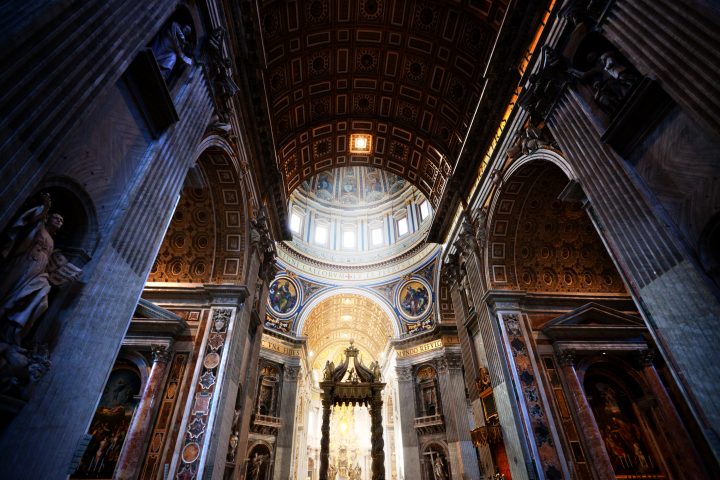 A beast in prophecy having 1 head symbolizes 1 kingdom, hence why this beast in the book of Daniel was said to symbolize a “kingdom”, meaning a specific nation. He gave me this explanation: The fourth beast is a fourth kingdom that will appear on earth…  Daniel 7:23 Yet the “beast” in the book of Revelation symbolizes more than 1 kingdom, which is why it has 7... 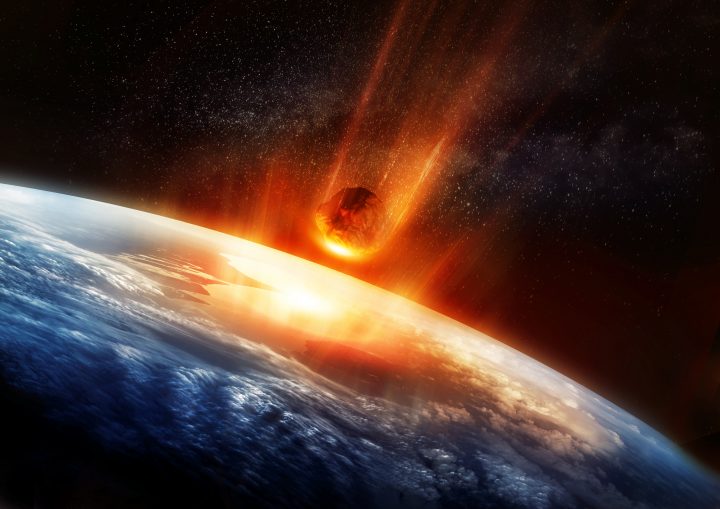 The dates below are derived by one important fact that has eluded most people that have ever tried predicting the date of the second coming of Yeshua, and it is that Yeshua will return in the year 6,000 from the beginning of creation. This is affirmed by the Torah itself, the scriptures, and other ancient texts. It’s the very reason God created in 6 days and set apart the 7th day as a... 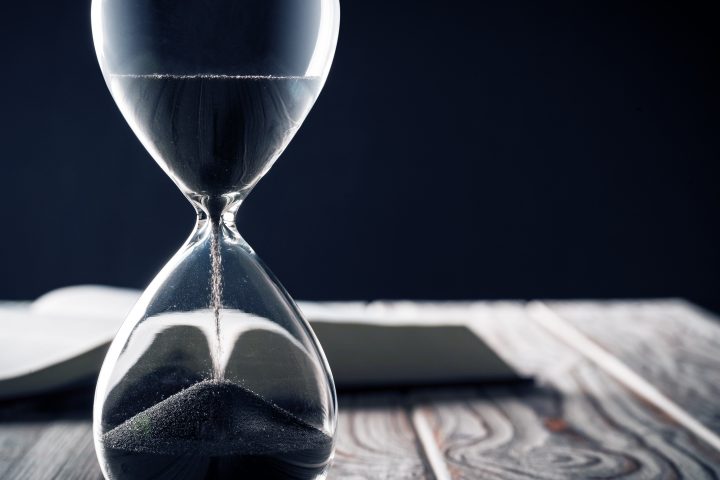 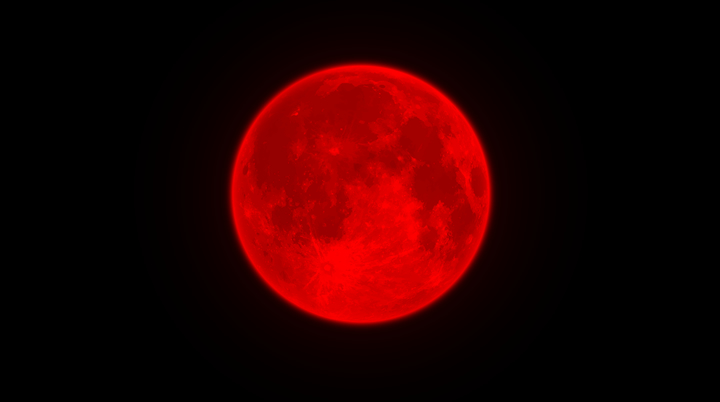 The Mashiach did not begin to rule from an earthly throne that could be visibly seen with the eyes, like the kings of the nations who ruled from earthly thrones did, but he began to rule from heaven, a place that cannot be visibly seen with the eyes. Not because heaven is an invisible or figurative place, but because it is a literal and physical place that is higher than the furthest star. And is... 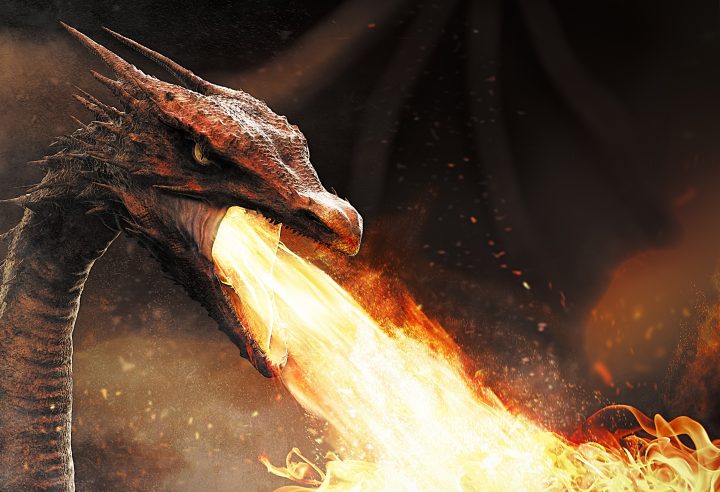 The serpent in the Garden of Eden was not just a little snake, but a dragon. Which is why the book of Revelation speaks of a dragon, which is also a serpent. For it is a symbol that reveals an ancient truth. The serpent… said to the woman, “Did God actually say, ‘You shall not eat of any tree in the garden’?” Genesis 3:1 …the dragon, that ancient serpent…  Revelation... 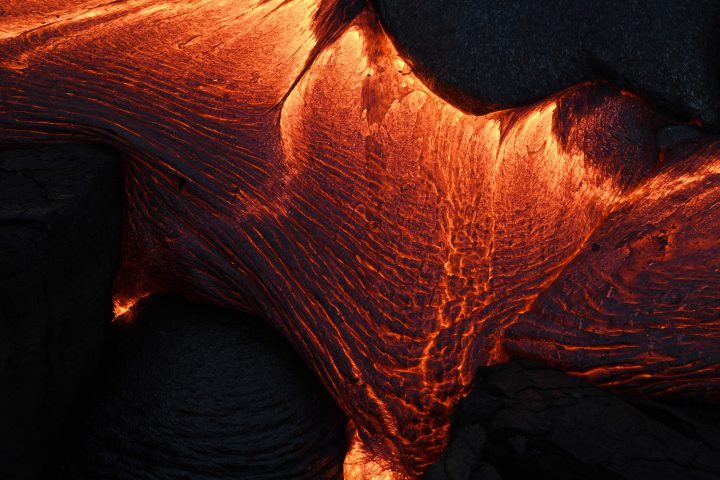 The “lake of fire” will be a literal lake of lava, which is why it is called “lake of fire”, for lava is a liquid to be a “lake”, and also extremely hot to be a “fire”. …the lake of fire.Revelation 20:15 Which is a lake of lava that does not exist yet, because it will form at the second coming of the Mashiach, for that is when he will take his seat... 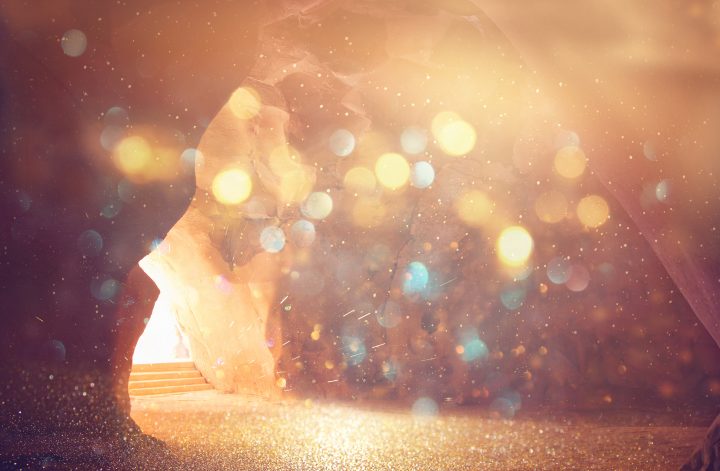 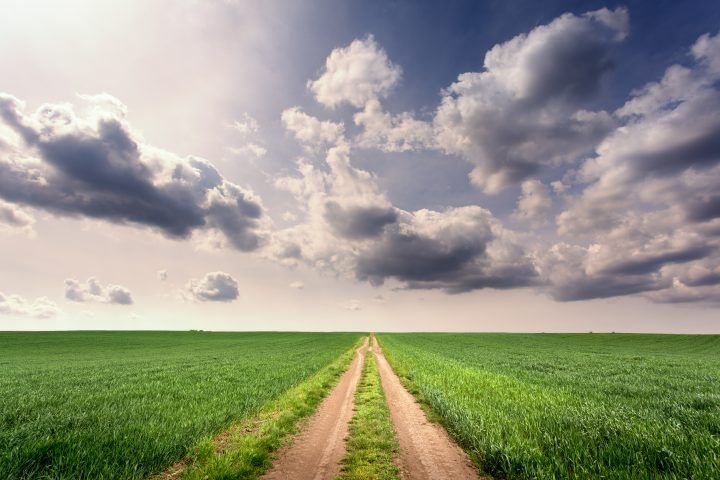 The purpose of the first coming of Yeshua was not only to atone for sin, but also to end sin, in accordance to this prophecy in the book of Daniel concerning his first coming, which is when he received the anointing, which was receiving the set-apart airflow, 70 weeks are decreed for your people and your set-apart city, to finish transgression, to put an end to sin, and to atone for... 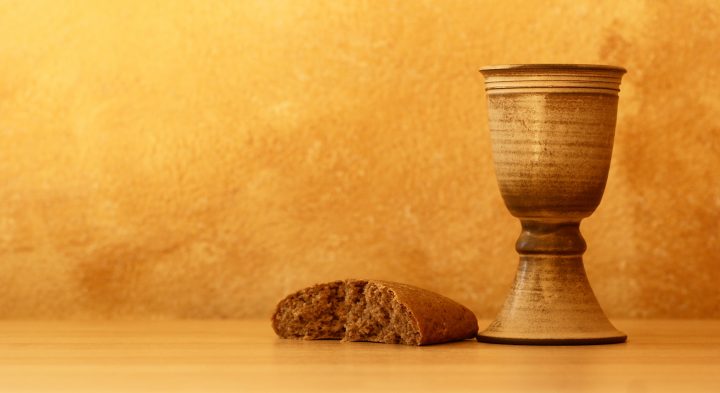 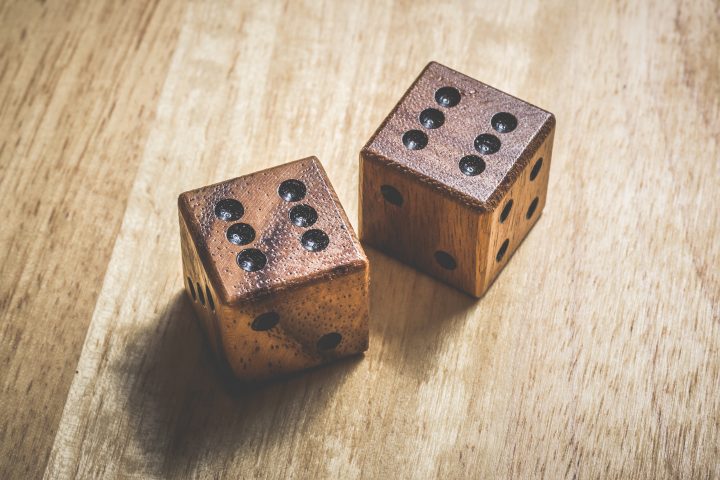 God causes the movement of every single particle that exists in creation, which is why in God not only do we exist and live, but also move, For in him we live and move and exist. As some of your own poets have said, ‘We are his offspring.’ Acts 17:28 Which is why God is the one that “causes” the sun to rise on the horizon, that you may be children of your Father in... 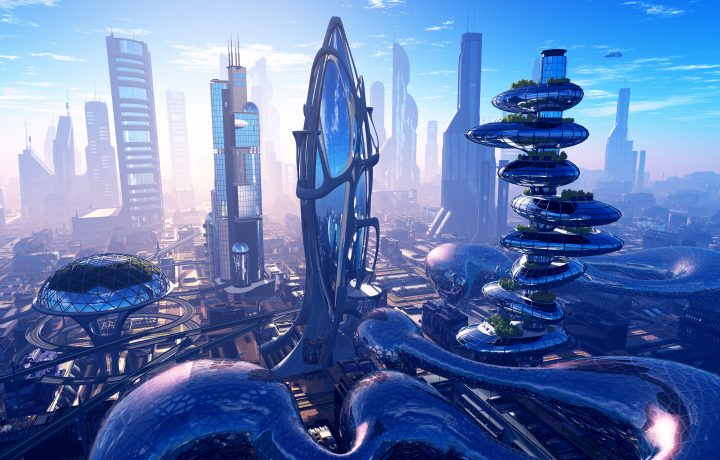 Just as only the priests could enter the temple, and only the High Priest could enter the most set-apart place of the temple, all on behalf of Israel, so in likewise manner only angels are appointed to enter heaven, and only the Mashiach is appointed to enter the most set-apart place of heaven, which is at the right hand of God. Which is what the earthly temple itself foreshadowed in its layouts... 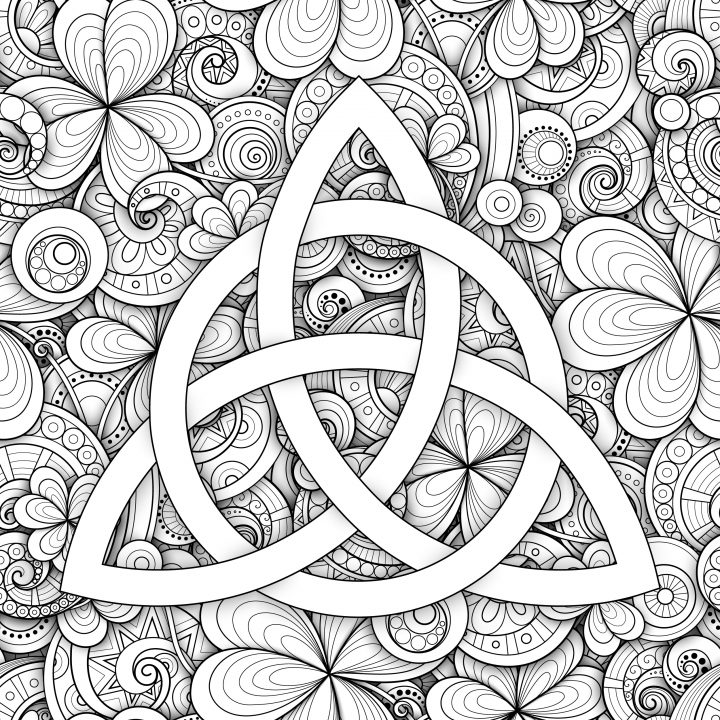 In the beginning God brought forth his representation in creation into existence, which was man. Which is when God became “Father”, while man became “son”. Just as a son is born to a father, in his likeness. Which is why Adam was “of God”, just as Seth was “of Adam”, meaning Adam was “son of God”, in the image of God, just as Seth was... 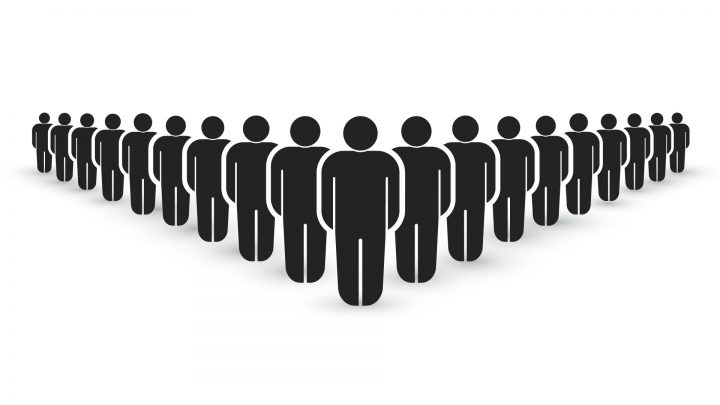 The 144,000 sealed mentioned in the book of Revelation are the number of literal people chosen who will inherit the kingdom of God, and are numbered only among the 12 tribes of Israel because only the sons of Israel will inherit the kingdom of God, And I heard the number of the sealed, 144,000, sealed from every tribe of the sons of Israel: 12,000 from the tribe of Judah were sealed, 12,000 from...