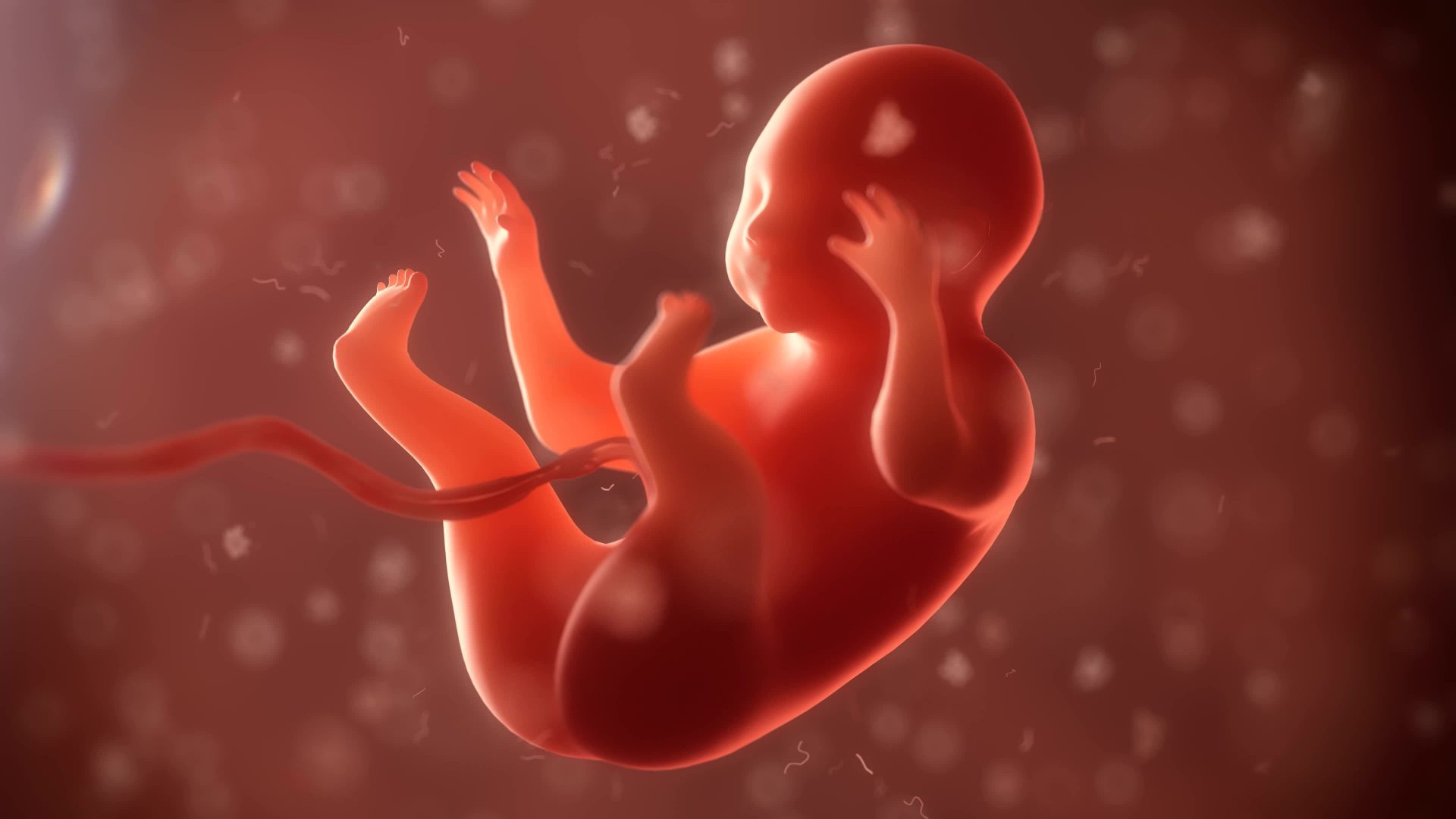 The Torah of God says the following, which is a passage that is frequently mistranslated hiding its true meaning,

And if two men should do combat, and should strike a woman having one in the womb, and should come forth her child not harmed, with a fine he shall be penalized, in so far as the husband of the woman should put on him, and he shall give by means of what is fit. And if it should be harmed, he shall give life for life, eye for eye, tooth for tooth, hand for hand, foot for foot, burning for burning, wound for wound, stripe for stripe.

He said, “While the child was still alive, I fasted and wept, for I said, ‘Who knows whether Yehovah will be gracious to me, that the child may live?’
But now he is dead. Why should I fast? Can I bring him back again? I shall go to him, but he will not return to me.”

And as her soul was departing, for she was dying, she called his name Ben-oni; but his father called him Benjamin.

And thus, although David will participate in the first resurrection at the second coming of the Messiah, to wake up with other men like the prophet Daniel, and true believers in Yeshuah, which will be 144,000 chosen, and also Abraham, Isaac, and Jacob, with whom God established his covenants,

As for you, go your way till the end. You will rest, and then at the end of the days you will rise to receive your allotted inheritance.

Your father Abraham rejoiced that he would see my day. He saw it and was glad.

After all, if you were cut out of an olive tree that is wild by nature, and contrary to nature were grafted into a cultivated olive tree, how much more readily will these, the natural branches, be grafted into their own olive tree! I do not want you to be ignorant of this mystery, brothers and sisters, so that you may not be conceited: Israel has experienced a hardening in partuntil the full number of the Gentiles has come in, and in this way all Israel will be saved. As it is written: “The deliverer will come from Zion; he will turn impiety away from Jacob.

Know then that it is those of the belief who are the sons of Abraham.

James, a servant of God and of the Master Yeshuah Messiah, To the twelve tribes in the Dispersion: Greetings.

Peter, an apostle of Yeshuah Messiah, To those who are elect exiles of the Dispersion in Pontus, Galatia, Cappadocia, Asia, and Bithynia,

Yehovah builds up Jerusalem; he gathers the exiles of Israel.

He will raise a banner for the nations and gather the exiles of Israel; he will assemble the scattered of Judah from the four quarters of the earth.

And I have other sheep that are not of this fold. I must bring them also, and they will listen to my voice. So there will be one flock, one shepherd.

Who has ever heard of such things? Who has ever seen things like this? Can a country be born in a day or a nation be brought forth in a moment? Yet no sooner is Zion in labor than she gives birth to her children.

Then I looked, and there before me was the Lamb, standing on Mount Zion, and with him 144,000 who had his name and his Father’s name written on their foreheads.

A baby that dies will participate in the second resurrection of the dead, and since a baby is too young to do good or evil, these littles one will automatically be granted entrance into the new heavens and new earth, to enter into the New Jerusalem that will descend unto the new earth, because there will be nothing evil that they did to accuse them for, for the final judgment is based on works, and those who did evil and refused to stop doing evil will be the ones that will be condemned, whereas those who ceased to do evil and did good and practiced righteousness will be spared, which will include men like Adam, Noah, and Lot, who were righteous men that existed before God established his covenant with Abraham,

and if he rescued righteous Lot, greatly distressed by the sensual conduct of the wicked

These are the generations of Noah. Noah was a righteous man, perfect in his generation. Noah walked with God.

“See, I will create new heavens and a new earth. The former things will not be remembered, nor will they come to mind.

“For as the new heavens and the new earth that I make shall remain before me, says Yehovah, so shall your offspring and your name remain.

Then I saw “a new heaven and a new earth,” for the first heaven and the first earth had passed away, and there was no longer any sea. I saw the set-apart City, the new Jerusalem, coming down out of heaven from God, prepared as a bride beautifully dressed for her husband. And I heard a loud voice from the throne saying, “Look! The tent of God is now among men, and he will pitch his tent with them. They will be his people, and God himself will be with them and be their God.

But according to his promise we are waiting for new heavens and a new earth in which righteousness dwells.

By Christian Gaviria Alvarez August 4, 2019
Ask a question
Wisdom of God Equipping the people of God with understanding